One way to go green and save on energy costs, is to choose to install solar panels. They not only help the planet, but will help to put more money in your pocket in the long run.

The biggest challenge and why you might be hesitant to make the change is because you’re unsure of what’s out there and how much they’ll actually save you? Read on to discover more about the types of solar panels you can get and how they’re going to ultimately be a return on your investment. Educate yourself on the matter and you may come to find it’s exactly the modification you both want and need to make to your home and properties, reading articles on the energy-saving trust is always a good idea. In most cases, it seems to be that cost and space-efficiency are the determining factors when homeowners are deciding what to install. 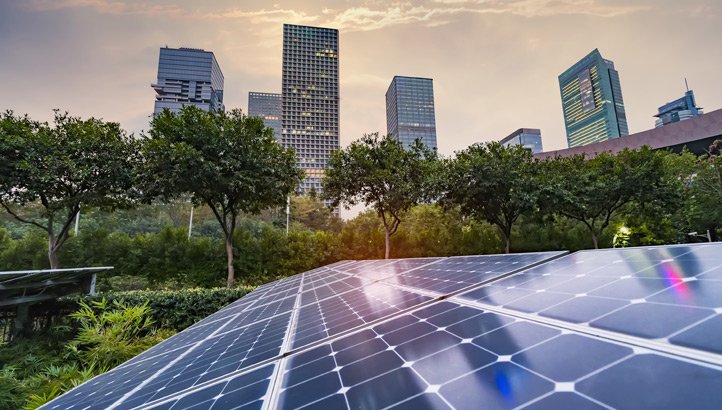 One type of solar panel you can get installed is called monocrystalline, and you should know that it’s higher in both cost and quality. They’re most commonly black in colour and consist of “single-crystalline silicon.” The higher quality silicon allows for them to boast of higher efficiency ratings than the poly silicon cells. They’re more common in larger watt modules and require less space to fill because of their better efficiency ratings.

Externally, they appear as uniform and even-coloured, so they look attractive and smart in your home. Therefore, you may find them to be an appealing choice that won’t be intrusive or overbearing. The efficiency rates of monocrystalline solar panels are typically 15-20 percent, so you can guarantee that they’ll save you money. In addition, the warranty from most manufactures is circa 25 years.

These panels are excellent in performance and won’t take up as much space on your roof.

Another type of solar panel you can find is what’s known as polycrystalline, and it’s blue in colour, is cut into perfectly square wafers and is generally less expensive to manufacture. These particular cells consist of raw silicon melted into a multi-crystalline silicon mould. It’s good to be aware of the fact that the efficiency is known to be lower, and they do have a lower heat tolerance than most. However, the process of making them is simpler and therefore they cost less so could be a good option if your budget isn’t overly large. They don’t perform quite as well in significant heat, so it’s important to take this into consideration based on where you live.

Furthermore, their lifespan may be shortened if constantly exposed to high levels of heat. The efficiency of polycrystalline-based solar panels is typically 13-16 percent, which isn’t as efficient as the monocrystalline solar panels, but they still go some considerable way doing their job.  They’ll also generally take up a larger amount of space on your roof to perform well, so consider the aesthetics when coming to a final conclusion about which type you want. 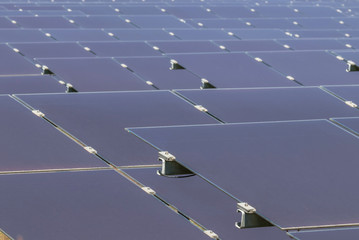 In addition, the third most common type of solar panel is called thin-film or TFSC. Thin-film module prototypes have reached efficiencies between 7–13 percent, depending on the technology. The best part is that mass-production is simple and in turn makes them cheaper to manufacture, and will cost you less. Also, the solar panel performance isn’t as affected by factors such as temperature and shade. They have the option to be made flexible which can open up the doors when it comes to new applications in the future. They make the most sense to install when space isn’t an issue, so they may not be the best decision for a residential property, even though they are more reasonable in cost.

In addition, you may hear of and want to know more about what bifacial solar panels are and what they consist of. They’re unique in that they can capture the sunlight from both the front and back of the panel. Therefore, the amount of electricity produced is greater than the more traditional and comparable sized panels. More often than not, these types of solar panels are manufactured with monocrystalline solar cells.

Keep in mind that all of these options come with a high initial cost, and will vary depending on which type you choose to install.

Generally speaking, the monocrystalline solar panels tend to be the highest in price because the cost to make them is so much greater. Keep in mind, however, just how much money you’ll save over the years on energy costs. The manufacturing process for polycrystalline solar panels is much simpler, so therefore they’re going to be a bit cheaper to purchase. When it comes to thin-film solar panels the price is going to depend on which type of panel you decide on. The upside is that the installation and labour costs may be lower compared to the other two options. The thin-film option is lightweight and easier to move around and carry and secure into place, so you’ll be charged less for installation. A scheme Like Grid Trade would help put a few more pounds in your pocket.

The good news is that you have options when it comes to deciding on what type of solar panel system you want to have built. Not only that, but you’re going to save money on energy costs no matter what option you choose. However, keep in mind that the numbers and costs will fluctuate depending on the style you opt for, and installation fees too. This is a great option if you’re someone looking to save money on your energy bills, and want to live a greener lifestyle. These types of changes will collectively help to improve the environment and create a better world for all to live in and reside.

Commit to conducting further research on these types of solar panels if there are any that spark your interest. It’s always worth your time to learn more about the topic and collect all the information you can, so that you’re able to make a more educated and knowledgeable decision.

Also, spend time talking to people who have taken the leap to using solar panels, and see what advantages they can share with you. You could also read our article about how Solar Panels have changed over the years here.